CBI have announced that Pictiúr, an exciting new exhibition of the work of some of Ireland’s leading children’s book illustrators and which has been curated by Laureate na nÓg, Niamh Sharkey, will visit four venues in Europe during Ireland’s Presidency of the EU, before returning to Ireland to tour.

I’m delighted to be one of the illustrators involved.
This picture from The Christmas Miracle of Jonathan Toomey is one of my originals in the show. 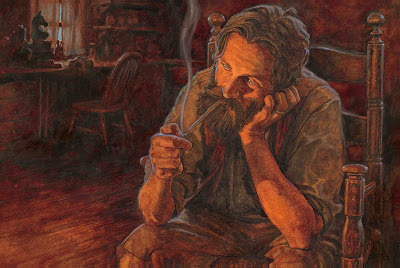