PJ Lynch’s first illustrated book was A Bag of Moonshine by Alan Garner (1986), a collection of folklore tales from England and Wales. For that work he won the Mother Goose Award, given to the “most exciting newcomer to British children’s book illustration”. Since then folklore — traditional stories, legends, and fairy tales — has been a recurring subject of his work.

The Christmas Miracle of Jonathan Toomey by Susan Wojciechowski, published by Walker Books in 1995, proved to be very popular, with sales in the United States exceeding one million copies. Lynch’s illustrations were lauded for their “exceptional range of texture and colour”, and earned him both the Kate Greenaway Medal and the Christopher Medal. James Earl Jones recorded a Grammy–nominated reading and a movie based on the book was released in 2007. Jonathan Toomey is Lynch’s work most widely held by WorldCat participating libraries.
He won his second Greenaway Medal two years later for illustrating When Jessie Came Across the Sea by Amy Hest (1997). 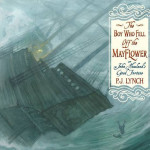 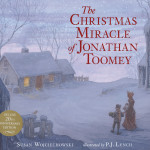 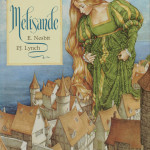 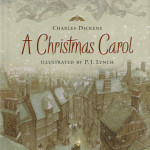 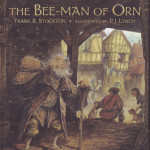 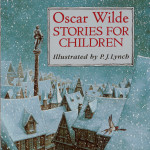 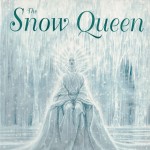 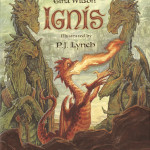 When Jessie Came Across the Sea Amy Hest (Walker 1997)

The Names Upon The Harp Marie Heaney (Faber 2000)

The Boy Who Fell Off the Mayflower PJ Lynch (Candlewick 2015)

Once Upon A Place compiled by Eoin Colfer (Little Island 2015)